Nancy Myster
Nancy Myster first heard about the CASA program in 1997 when volunteering with young children at Child Haven. She has served as a CASA volunteer since 2001. In 2010 she joined the CASA Foundation and where she served as the second Vice President in charge of special events until 2013 when the board elected her President. In her free time Nancy works as a teacher for the Clark County School District. She is passionate about child advocacy and helping others in the community to realize the amazing gift of giving back.

Barbara Bannister
Barbara Bannister has been a Las Vegas elementary and middle school teacher for the past 13 years. Her experiences in schools with children in need of stable and loving homes led her to join the CASA Foundation in the summer of 2012. She currently edits the Casafoundationlv.org website, and has recently begun taking care of special requests as part of her work in the Special Needs Committee. This will be her first year as treasurer. In her free time, Barbara enjoys spending quality time with her husband and 4 year old son.

Marian Haas
Marian joined the CASA Foundation board in December of 2006. She has been an active CASA since 1991 and have had a variety of cases during that time. Before that, she was a teacher of Spanish for 15 years. She was born and raised in Michigan and in 1968, she married David and followed him through his military career to many states. When he was medically released from the military, they moved to Las Vegas in 1989. 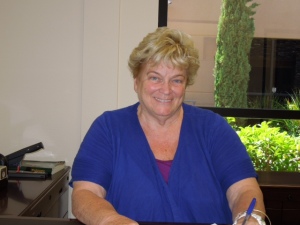 Ellie Zuliani
Eleanor (Ellie) Bergmann Zuliani was born and raised in Klamath Falls, Oregon. After high school graduation, she attended the University of Nevada at Reno where she was a member of the Gamma Phi Beta Sorority. She moved to San Francisco for her first job which was in the mortgage lending business some 50 years ago. Ellie married Bob Zuliani and returned to Reno, NV where they were both employed in the mortgage business. They raised two children and after a move to Danville, CA in 1970, they added a third child who came to stay and never went home. They lived eighteen years in the San Francisco Bay area until after the last child graduated from college. Ellie and her husband returned to Nevada, this time to Las Vegas, 16 years ago. Ellie is still working the mortgage business and has added real estate as well. She owns her own agency, the Anchor One Real Estate.
Ellie has been a CASA for 15 years with many cases from the foster care system. She has served on the CASA Board for 6 years and enjoys the challenge to serve the community as a volunteer in a much needed capacity. Her hobbies include family genealogy, boating, (she owns a boat company), fishing, travel and above all spending time with her 5 beautiful grandchildren. Her oldest granddaughter is leaving for University of California at Davis this fall to study Chemistry.

Kristina Wildeveld-Coneh
Kristina grew up in Las Vegas and graduated from Bishop Gorman High School. She attended University of Wisconsin Madison for an undergraduate with the hopes of becoming a doctor. She ended up in law school and for the past 18 years, has been a criminal defense attorney. She is currently in private practice litigating anything from traffic tickets to first degree murder, Death penalty cases. The first ten years of her career she did only first degree murder defense and specialized in juveniles facing the death penalty.
Since then she has maintained an interest in juvenile law acknowledging the shortcomings of the Nevada system and worked tirelessly on eliminating the juvenile death penalty in the State of Nevada. For the past 12 years she has sat on the Governor’s Commission to Juvenile Justice as a State Advisory member in addition to many other criminal defense and community boards. Featured on the cover of Las Vegas Life Magazine in 2000 acknowledging her efforts in taking on the system for the underdog, and receiving an award from the American Bar Association in 2001 as criminal defense attorney of the year for work in representing 14 year old, Conan Pope, who killed his abusive father while protecting his sister from harm. She has been an active member of the CASA Foundation for the last 17 years. She began sitting on the board while a law clerk for the Honorable Terrance Marren, the chief judge at the time, who heard both the juvenile delinquency and abuse and neglect calendars. She is married with four children.

Back to School Event

August 10, 2014
Each August several weeks before school begins Square Salon partners with The CASA Foundation to put on an amazing back to school event for foster children in Las Vegas. Most of these kids have a history of more than 6 schools and emotional turmoil, affecting them academically. These children aren't always excited to put on their hand me downs and head to school. The event has music, food, and fun times! The kids receive award winning hair cuts and styles, backpacks, shoes, and school supplies in order to get them excited about heading back to school.